Usually each summer for the final Tuesday-Wednesday in June, we stay at Hotel Breakers and go to Cedar Point. This year we’d planned the trip for June 22-23, but due to labor they will now not be open 8 specific days in June (the first 4 Tuesdays & Wednesdays), so we moved our reservation to Sunday & Monday (20-21).

Yesterday we had to  work on Kaiser’s boarding….and found out he can’t board at the vets office while we’ll be gone 😕 . Go ahold of the groomer (thankfully she lives close and is a friend, and one of his favorite people) and she’ll take him while we’re gone 😀

FINALLY some progress!  We called fitbit yesterday and supposedly would get an email by END OF BUSINESS, which never happened. Called today and come to find out (while talking to a SUPERVISOR) that the other agents NEVER created the replacement order! Less than five minutes, and we all got the order confirmation emails!

I bought an external hard drive (mostly because it’s space was a bargain for the price) and installed all 96 of my PC games to it + the program of Steam to it….and now Nancy Drew #33: Midnight In Salem won’t play off of it, then when I deleted it and tried to install it to my PC (figuring if I had to install ONE game and keep it on my laptop it wouldn’t be that bad), now the installer didn’t give me the installation location option

[EDIT]
I let it reinstall to the drive and this time, it played off the drive. I even unplugged the drive and plugged it into another USB port and re-loaded the game and it loaded….so I guess that’s progress

This post is title as untitled because NO title would do today justice. Today has been such a big fuck you type of day.

First, I woke up to my mom’s fitbit sense not syncing. Then when the mail came, a 2-disc dvd I had ordered came BUT only disc 2 (the special features). Then when my sister came home, her fitbit wasn’t working.

Now, hers will only show a red x……so today, where I had planned to get a lot done today, the only thing I HAVE gotten done was use the new bottle cozie I got in the mail on my 20 ounce bottle of Orange coke.

[edit]the new Fitbit arrived today (a day early!) and all is well in the world, PLUS one of the app features that made the app crash before, now opens how it should

Yesterday I worked, it seamed like a normal Wednesday…until sometime in the 3 o’clock hour. I had a lady that came through drivethru and she asked me if we’re allowed to accept tips, and since there’s no rule against it, I said yes (thinking she was going to hand me $5 or less) but what she handed me totally surprised me.

A HUNDRED DOLLAR BILL, and she said she knows the weather can get a but icky this time of year and so can some people, but she likes to help where she can so she was hoping that would help me have a very Merry Christmas.

Yes, some times I get annoyed with the public, and HATE working drivethru, but that lady’s generosity is the epitome of what this time of year should be about.

I got the notification that there was an update to the version of WordPress installed, no naturally, I updated. I have to say I love this new version (5.6)!

Before, I had to keep a relatively basic theme installed (I downloaded it from wordpress.org, but in the stylesheet renamed it as Editor Theme since that was all I kept it for) so I could use the visual editor (I make my themes with Artisteer and for some reason I could never figure out, with those themes activated as default, I couldn’t switch between visual and text, nor could I set up my sidebar widgets, so I used the basic theme when I was using the editor, then had to use WordPress’s Live Preview for the changing of the widgets).  Now! Long story short, after updating I looked though the editor and I DON’T need to switch to that basic theme to switch between Visual and Text.

This afternoon my Oreo gets to come home!!! They’re discharging him and said we could pick him up around 4 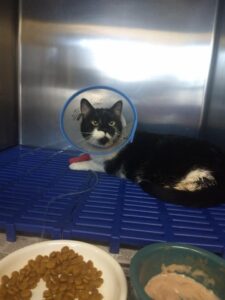 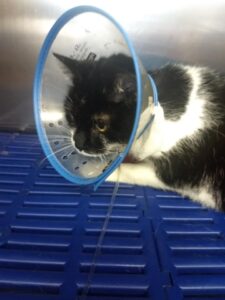 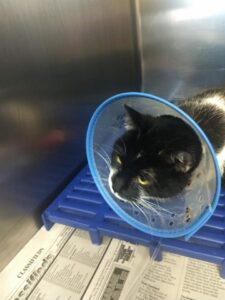 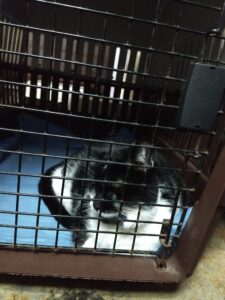 Update: As we suspected, poor little Oreo is urinary blocked, so he’s still at the vets being unblocked.  Boy do I miss my cookie-man 🙁

When the game first came out last year, I pre-ordered the PC physical copy….and saved it back for Christmas. After Christmas, I attempted to install it to my Inspiron 3555 (old PC now), and it wouldn’t go past the loading screen (so it wouldn’t even get to the game menu). As it turns out, my old PC couldn’t run it, which was okay…I planned on upgrading within a year anyways and could be sure the new one could. — Fast-forward to now….I have officially fully played EVERY Nancy Drew PC game (I started MID last night and finished today)

First impressions…
I personally don’t get all of the hate — yes, there’s noticeable differences, just from Sea of Darkness to Midnight In Salem. It’s weird to play a ND game without Lani Minella voicing Nancy, but the new voice actress did a fabulous job. The gameplay was a little weird, but I adjusted (I have played King’s Quest 8: Mask Of Eternity, which is also 3D and again also quite hated in it’s fanbase, so I think that may have helped me adjust to the difference in graphic style and maneuverability).

I loved the theme and story behind this game, my only real complaint was when you turned around and a character was RIGHT UP IN YOUR FACE.

Missed having Bess and George as phone contacts, though loved having the Hardys in person (my favorite version of them is STILL Last Train To Blue Moon Canyon)